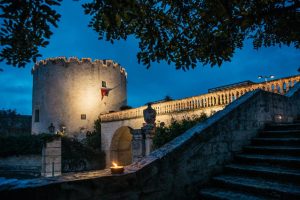 Torre del Parco (Turris Prati Magni) for beautiful weddings in Puglia. It is a late Medieval and Renaissance symbol of Lecce.

It is just a few minutes away from the Historic Town and some kilometers away from the most significant landmarks of Salento as well as many beautiful beaches.

The Torre Del Parco has 9 rooms so can accommodate groups and has comfortable facilities.  This makes it a nice venue for post and pre wedding events. There is, also, an other gorgeous hotel with 12 larges suites, in front of the beautiful Curch in the Lecce’s historic center and 5 minutes by foot from the Torre Del Parco 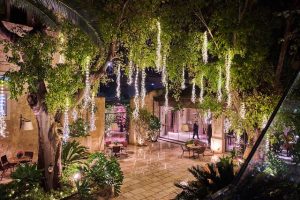 The Monumental Complex was built in 1419 by the 18-year-old Giovanni Antonio Orsini del Balzo, Prince of Taranto, son of Raimondello and Maria d’Enghien who, at that time, was Countess of Lecce and later Queen of the Kingdom of Naples after her second marriage with the King Ladislao of Durazzo.

In 1434, part of the building became the centre of Concistorium Principis, a Medieval Court presided by the Prince Giovanni Antonio. It was also the base of the Mint of State, where the gold and silver coins “Mali Carlini” were minted.

From 1458 to 1461 the Tower became a Prison where, until today, our guests can admire the prisoner’s engravings on the walls of the fortress.

The tower is more than 30 meters high, built on three levels and surrounded by a moat, which in the 1940s was used to host a family of bears, heraldic symbol of the Orsini del Balzo family. 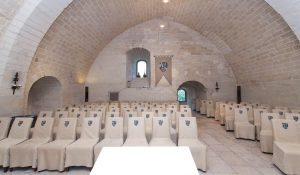 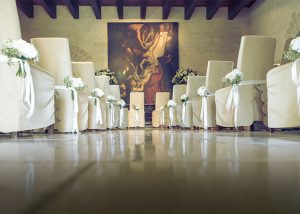 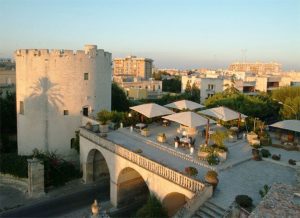 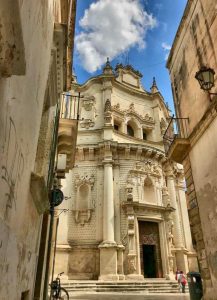