Sophia Loren Marriage Rome – Cesira in Two Women, and Lucia Curio in It Started In Naples, Filumena Marturano in Marriage Italian-Style and Giovanna in Sunflower — Sophia Loren has been known by many names throughout her life and acting career, but she was known as ‘wife’, ‘soul mate’ and ‘great love’ to only one person: Carlo Ponti.

Sophia Loren marriage Rome.  The photograph at the beginning of this article was taken in Rome in the early 1950’s.  Sophia Loren was a style, beauty and cinema icon and her glamorous life was a true love story.  She married a man 22 years her senior, the film director Carlo Ponti and their story is a testament to true love that can be an inspiration to couples everywhere, and of all ages.

Madly in love with one another, the pair would not believe the naysayers and critics who said their marriage would not work, simply because of their difference in age. Ignoring all denigration, they married anyway in 1966 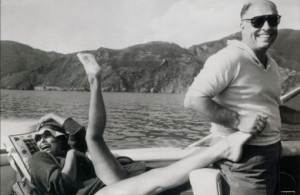 Initially their marriage in Rome was blocked by the Catholic Church due to complications with Carlo’s divorce from a previous marriage.  Undeterred the couple persisted and eventually married.  They went on to enjoy a long and happy life together – a life long marriage and love story. 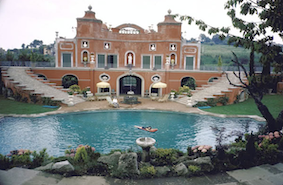 The villa above was their home in Rome where they hosted glamorous parties entertaining cinema royalty as well as Princess Grace of Monaco and her daughter Caroline. 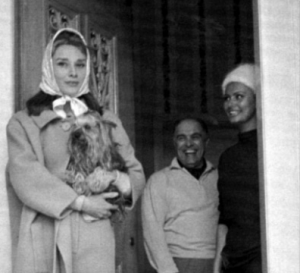 Love Italy Weddings love to capitalise on the sophistication, glamour and beauty of Rome to create stylish weddings.  To see an example of a super stylish wedding venue, see the link below.  This is just an example and we will be happy to discuss options with you.

One of our glamorous Rome wedding venues